Prompted to invent an entire system of encryption that included a plaintext, a ciphertext, a method of encryption, and a key for decryption; I built a system of organic culinary encryption for the transmission of highly secret recipes. Focusing on the present threat of the NSA, I was interested in methods that used almost no digital tools, because their randomosity is too easily reversed, and required some sort of signer/witness and escrow.

I explored various histories and processes for avoiding surveillance, from the original [Caesarian Ciphers] to the enigma machines and floating z values of today. After looking at codes that exist and rely on physical sensation -- the carpenter's body language, hunting calls, etc -- I wanted to find a medium for encoding beyond bits. 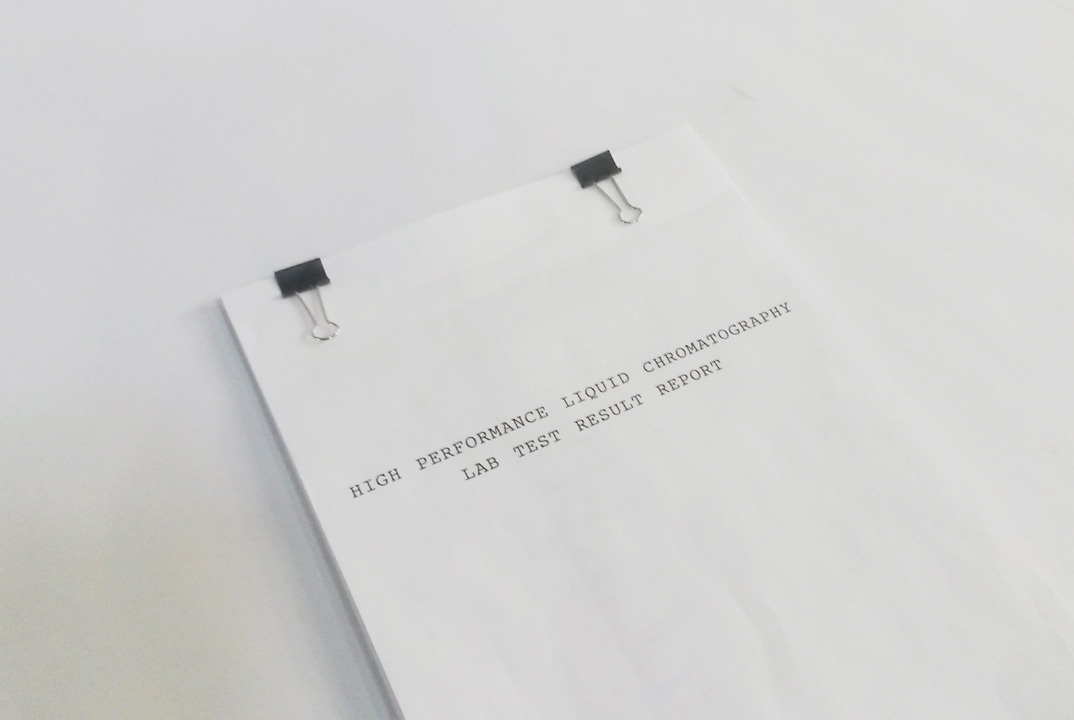 In my exploration I used hot sauces that were generated algorithmically (from old love letters -- an experiment), each encoded with a specific ingredient. The decryption process involved the use of a lab-based process for organic deconstruction known as "high performance liquid chromatography." The resulting data included masses of irrelevant and insular scientific information, useless to anyone but an organic chemist. Only the scientific graphs and dictionary of organic compounds are needed for decryption.

As the sauces are decoded by a liquid chromatographer, every organic compound contained within is released and marked by a corresponding peak on the graphs. The compounds are then located in the lab report and referenced against a compound dictionary, revealing an ingredient used in the recipe. 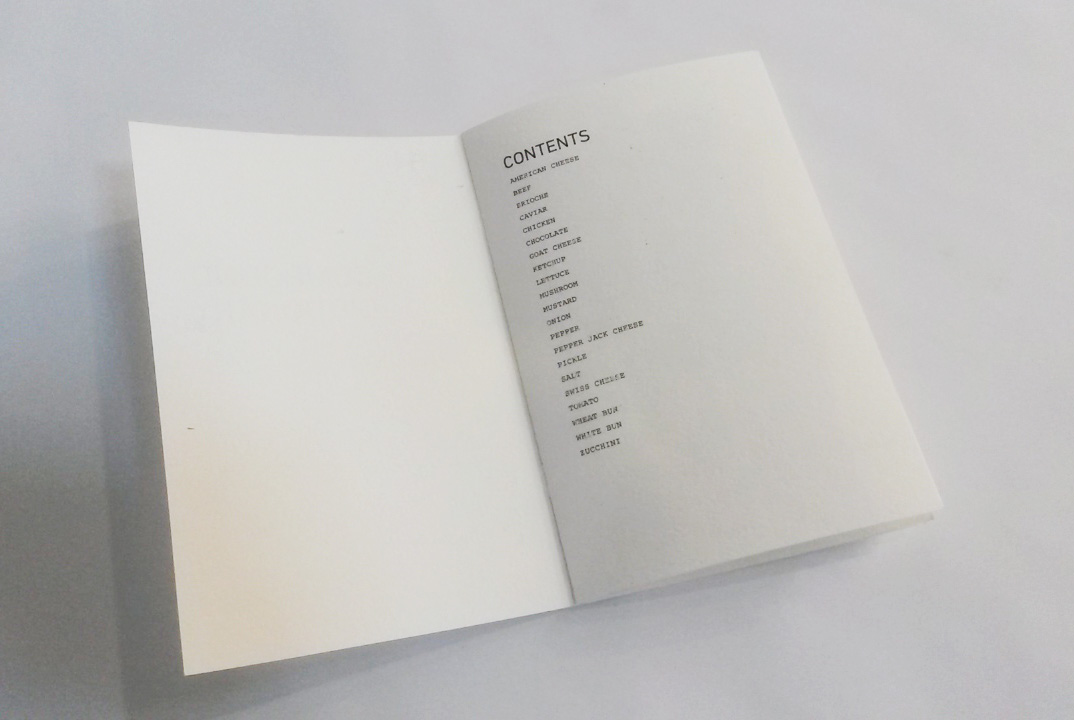 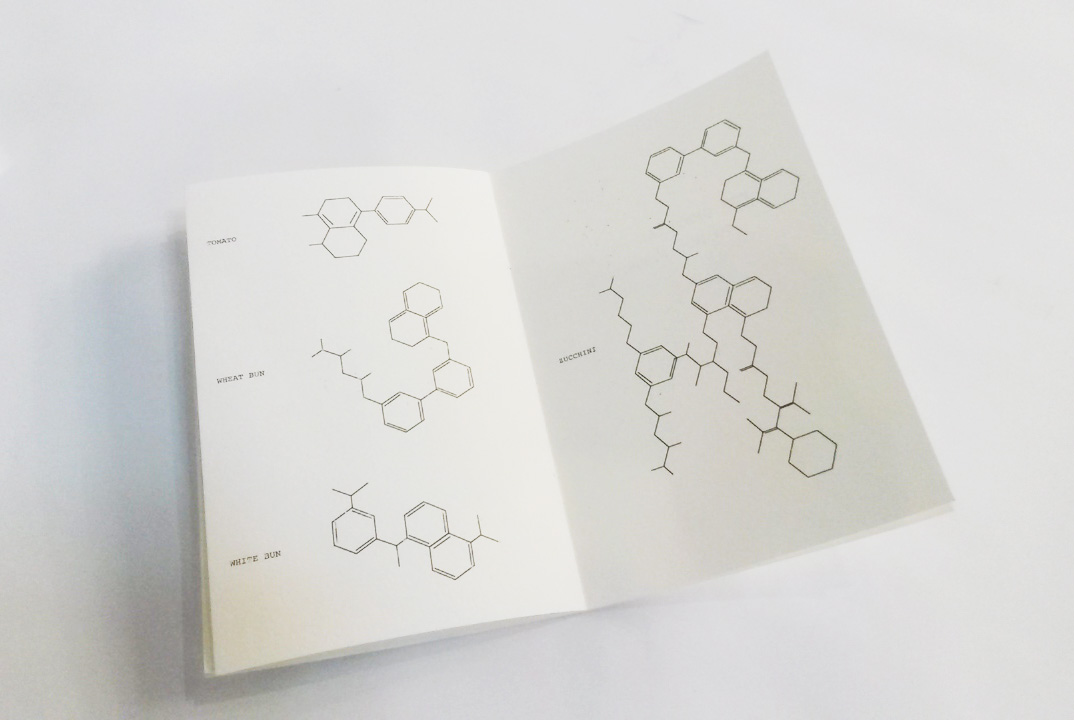 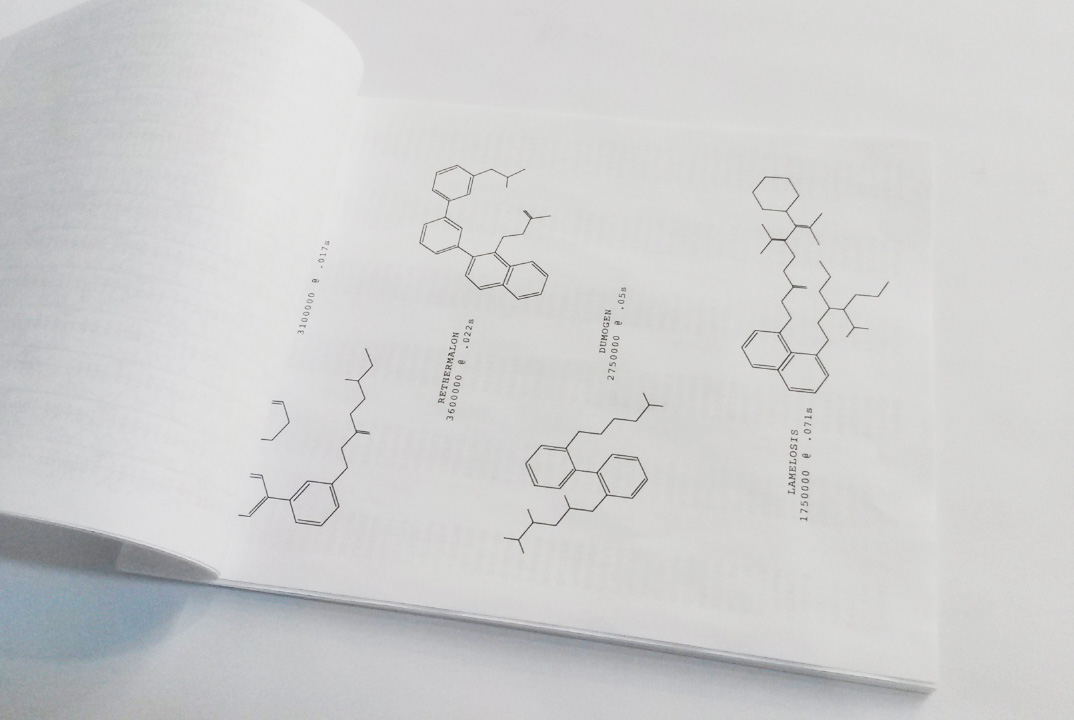 Starting by running thousands of old emails through Corpus Linguistic software and looking for parallels, I began to notice coincidental words and phrases. Comparing old letters from girlfriends to pop songs, I realized that some lines were extremely dramatic and interchangeable with lines from pop songs. Even more interesting were entire lines exchanged based on one shared word, creating absurd new renditions of songs from my emails.

Life really is a song.